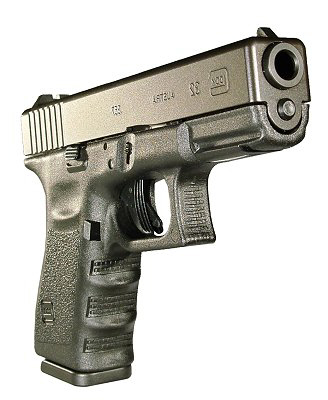 It was a damp, dripping, chilling evening on the wrong side of town. Johnny Scary and his brother Joe Pesto were in Frank's Bar swilling whisky and playing poker. With them was the fearsome Big Guy, a grotesque man with blackened teeth and a sagging gut. What the Big Guy said would change all their lives forever. When the Big Guy spoke people jumped. If you jumped too slow you'd end up dead in an alley with twenty holes in your head in a whole mess of brains. One guy who had crossed the Big Guy had been pumped so full of lead he was biologically a pencil. The Big Guy was big. In fact enormous.

Pouring himself another Scotch the Big Guy adjusted his shirt collar.

"More spaghetti, Maria," he shouted as he turned to face his boys, "You two just got yourselves a job."

The boys listened eagerly as the Big Guy explained their duties to them.

"Lasagne Paulo is in big trouble. He's been caught pushing junk and I don't need this fucking shit, OK? I gotta hunch he's gonna squeal. I need you two to make sure this don't happen. I got a lot riding on this deal I got coming through. Lasagne's a little guy. I'm gonna leave it to you little guys to fix. Don't let me down or I'll nail your asses to the wall so tight you'll never need Andrex again."

*
Out in the car park Joe and Johnny knew what they had to do. They were experienced in the art of bloodspill. Unfortunately 'though, not the human kind.

"Shhhit, man!" whimpered Johnny, "I think he wants us to whack this guy."

"I'm not killing no one," shivered Joe, "My mother would kill me."

"Yeah," stuttered Johnny, "But if we don't do as the Big Guy said it's gonna be us biting the bullet."

*
Lasagne Paulo lived on the Lower East side, near Fat Larry's Casino. He wasn't a hard man to track down as he always carried an Italian flag in his holster. He was a worthless good-for-nothing. A bum. An in-bred.

He was a small time gangster out for a lay and a quick buck. The only reason no one had shot him was because he supplied the guys with white powder. Now the police were coming down hard on him to get info on the ring. If the Big Guy were implicated the whole business would go down.

"Hey, Paulo," shouted Joe across the tables, "I need to talk. There's a car waiting."

Paulo followed the guys outside to the car park. It was empty.

"No. Sorry. It's in the, um, garage. But never mind that. We got orders from the Big Guy to bust your butt, Paulo. But we're nice guys. We don't wanna kill no one. I'm gonna say this once and once only. Some guys have been known to, say, get outta town. I go back to the Big Guy and tell him you're gone. You're just a two bit hustler, Paulo. I figure he'd be happy just to have you outta the city."

"Hey, I'm going nowhere. You can go back to the Big Guy and tell him he can suck my motherfucking nigger dick."

"Daft? The Big Guy ain't so big. It's time he took an early retirement. I'm gonna run this town from now on. This is Lasagne territory now. Go back to Mr. Ain't-So-Big-No-More and tell him to eat turd."

Joe took Johnny onto the sidewalk.

"We're gonna have to shoot him before he gets bigger than the Big Guy. Got your piece?"

"You fucking no brain jack ass! What's the car in the garage for?"

"Oh fuck. I got the guy to check out the dash board."

"What the fuck for?"

"The glove box was squeaking."

"Fucking great, Johnny. Now we're gonna have the cops on our tail too. We can't afford to murder no one now. But if we don't nail this guy we'll be licking our bowels off our shoes."

"OK. Looks like we got one choice only. We gotta waste the Big Guy. We gotta join Lasagne."

"OK Lasagne. We're with you. What next?"

"OK. Listen up. You boys are just what I been looking for. You go to Frank's Bar tonight. I'll be there but I'll be wearing a disguise so convincing I'll have trouble believing it myself. You waste the guy and I'll avert attention."

*
Joe and Johnny entered Frank's Bar at the back. The Big Guy was waiting for them.

"Well, boys? You cleared up my problem?"

"We got a problem, boss. We can't kill no one. We got the cops on our tails and the heat is on. Lasagne tried to hire us to kill you. We said we would but we don't wanna go to jail."

"I'm gonna have to shoot you both."

"Ha ha ha," laughed Johnny, "Joe was just fooling, weren't you Joe? Your problems are over. Lasagne is burnt*. We wasted him this morning. Didn't we Joe?"

"Then you two gotta join me for a drink."

The boys went through to the bar and began to look around for Paulo.

Johnny was looking hot under the collar.

The Big Guy returned from the bar and he wasn't looking happy.

"So, you wasted your Lasagne, huhh?"

"Yeah. This morning. Cut out his eyeballs."

The Big Guy pulled out a pistol.

"Then how come I just saw him in the can wearing a stick on moustache and a pair of shades?"

"How did you recognise him?" stammered Joe.

"Prepare to scoop up your innards in hell."

Two shots ran out and a body slumped to the floor. Joe and Johnny looked up in amazement. The table they had been sitting round was gone and the Big Guy was slumped on the ground with two holes in the back of his head.

They looked over towards the can and saw another body slumped in the doorway.

They ran over to his body.

"The two big guys are dead. Now maybe this town will be free of all this unnecessary violence and subsequent death."

The voice was coming from behind them. They turned around.

"Lasagne Paulo! How can it be?"

Lasagne knelt down by the corpse and peeled off a mask to reveal . . .

"Shit! That is cool!" said Joe and Johnny as Lasagne Paulo told them about how he disguised himself as a table and then promptly shot them both so much that they were very dead indeed.

END
N.B. There was also a love interest. Joe's woman, Mimi, who had large breasts and a fiery Italian temper. She was very attractive and looked a bit like Uma Thurman, but she wasn't really involved in this part of their lives because she was away on holiday with her auntie. You may also like to be appalled by Dog Fiction.
Share

0 comments
Be the first to comment on ...
Reservoir Pulps
Kate Rancid
The Secret Recipe
The Tale Of The Fisherman's Daughters
Shrimp
Sex Story
Polly Draperie's Larger Cupboard
Reservoir Pulps
The Tale Of The Infested Toaster
Play
Educating Mucus
Flaps
Yellow Kettles Go Through A Most Intense Car Wash In Space On Tractors
Timothy Tibbles And His Rather Interesting Jaunts
The Weary Traveller
The Bagel Stuffer's Son
Why Turds Are Called Stools
Paris The Pilchard
The Tale Of The Busy King
Everything In Its Place
Giraffe Patch
Fridge Freakout
Shite Christmas
The Tale Of The Bothersome Turd
Big Hairy Italian Underwired Bra
Mike Stools
The Charmed Life Of Toby "Two-Ears" Hermitage
Communication Meltdown
Dog Fiction
Horseplay
Greta's Pet Which Wasn't An Anchovy
The Star That Lost Its Twinkle
The Prince Of Fresh Fruit
The Poetic Eels Of Lake Quimby
The Diary Of Professor Von Schnittszeugen
Arthur The Author
Vampire Cheese Monsters From Outer Space
The Tale Of Ollie The Oyster
All Poetry | Stories | Bowels | Surprise me!